Abdel Razzaq Takriti is the inaugural holder of the Arab-American Educational Foundation Chair in Modern Arab History. Professor Takriti received his DPhil from St Antony's College, Oxford University. His dissertation was awarded the Middle East Studies Association of North America (MESA)Malcolm Kerr Prize for Best Dissertation in the Humanities and the British Society of Middle Eastern Studies (BRISMES) Leigh Douglas Memorial Prize for Best Dissertation in the Social Sciences or the Humanities. He was elected for a three year Junior Research Fellowship at St Edmund Hall, Oxford andsubsequently served as a faculty member at the University of Sheffield. In 2014 he was elected as a Fellow of the Royal Historical Society and in 2015 he was an Academic Visitor in Modern History at St Edmund Hall, Oxford. 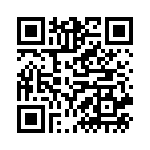